This project is being realised for the fourth stage of ‘Almost Real’, an art project from the European Cultural Foundation, which explores how art can inspire new understandings and practices of hospitality.

For this stage the arts program officer from the European Cultural Foundation Igor Dobricic and the artist co-founder of the art project The Blue House Jeanne van Heeswijk swapped office locations every Wednesdays for a period of six months, starting from 7 November 2007. Exchanging office positions is not only about swapping locations but also about changing roles, attitudes and decision-making responsibilities. At the end of the process, Igor Dobricic asked Daniela Paes Leão, at that moment artist in residence at The Blue House, to somehow close the project with a reflection. This resulted in the video essay The Freedom to Question, which reflects this swapping process between the sponsor and the sponsored. What happens if the sponsor and the sponsored swap positions? 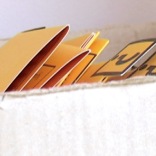 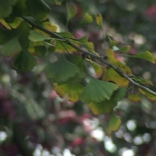 Paes Leão filmed the desks Dobricic and van Heeswijk occupied during that period, collected all e-mails exchanged by them and interviewed them separately about this swapping process between the sponsor and the sponsored. But unwillingly as narrator Paes Leão found herself in the same position as the two protagonists of the film and an important question was raised: was she going to be an observer of this project or a witness? Was she going to stay an outsider or would she get evolved in the process? Ultimately this film analyses the relationship between ‘guest’ and ‘host’. How does the host present his ‘home’ to the guest? Is it a transparent place – which just seems open – or is there a sense of porosity; leaving real space for ‘otherness’. The importance of this project for the artist lies in the distinction between the observer and the witness. Where the observer registers events from the outsider perspective, trying not to alter the given circumstances, the witness becomes an active, steering actor in the process interacting with the other actors. This helped the artist define her role more clearly for her future socially engaged art projects.

Daniela Paes Leão (Coimbra, Portugal, 1974) graduated in 1999 from the Faculty of Fine Arts of the University of Porto. She works as a visual artist and filmmaker, developing creative projects that combine the aesthetic mediums of film, photography, publication and web design with sociology, anthropology and other disciplines. She lives and works at the present moment in Amsterdam, the Netherlands.
Loading Comments...
%d bloggers like this: